No matter how skeptical you are towards the internet and technological advancements, you must have heard about the FANGs – known in full as Facebook, Amazon, Netflix and Google.

Living in a global world where we are all connected in one way or another, the FANGs have taken over the lives of many people.

It is without reasonable doubt that nearly everyone relies on at least two of the companies in the Fangs list. Facebook is the most popular social media platform in the world. It has billions of active users from all corners of the world. For those who love shopping, Amazon is the number one online vendor. You can literally buy anything in Amazon. Netflix is there for entertainment purposes. Gone are the days where you had to go to the movies to catch up on the latest shows. Today, all you need is a Netflix account, and you will have access to the best TV series and movies. Google is the number one source of knowledge. Anything that you may wish to know about something or someone, you can find it on Google.

These Companies are at The Top of The Food Chain!

Other than the Fangs being so popular in most households, the folks who invested in their stocks can bear witness on the profits these companies have given them.

For instance, if you had bought shares in Facebook at $25 in 2013, currently, they are trading at $193. This is the same case for both Amazon, Netflix and Google.

And this trend doesn’t seem to be going down anytime soon. These companies are tech-driven. And thanks to the many innovations that we continue to see, it is safe to say that their value will keep increasing month after month.

What about Their Competitors? – The BATS

The East and the West do have their fair share of similarities despite the geographical difference. Since the FANGs are popular in America, in China, we have the BATs – Baidu, Alibaba and Tencent.

The Bats may not seem that relevant or appealing to you mostly because you are familiar with the Fangs. Nonetheless, if you are an online enthusiast, you must have come across them at least once or twice in your lifetime.

Companies such as the Bats have a worldwide presence, and this is why you may have interacted with them.

A company such as Baidu had a share price of $85 in 2013. Five years later it has skyrocketed to $262. Secondly, Alibaba is probably the number one competitor of Amazon. In 2014, its shares used to go for $93. But in March 2018, the shares go for $200. Moreover, Alibaba has increased its operations to business to business and transactions, and they have also moved into the media industry.

Tencent, though not as popular as Baidu or Alibaba. This is a company that plays a big role in the social media world, more specifically, in China. Other than investing in social media, Tencent has also created a massive presence in e-commerce, payment systems, mobile games, and even smartphone tech.

Are the Bats here to stay? Probably yes! Despite being popular on the other side of the globe, Baidu, Alibaba and Tencent are also striving to achieve world dominance in their respective markets. We can conclude this by observing how these companies are investing heavily in social media, music, online retail and other competitive sectors that touch people’s lives daily.

This growth is perfect for investors since, in one way or another, Bats and the Fangs are in a serious competition. Therefore, investing in either can be very rewarding. 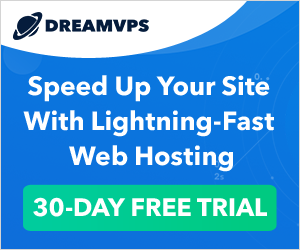